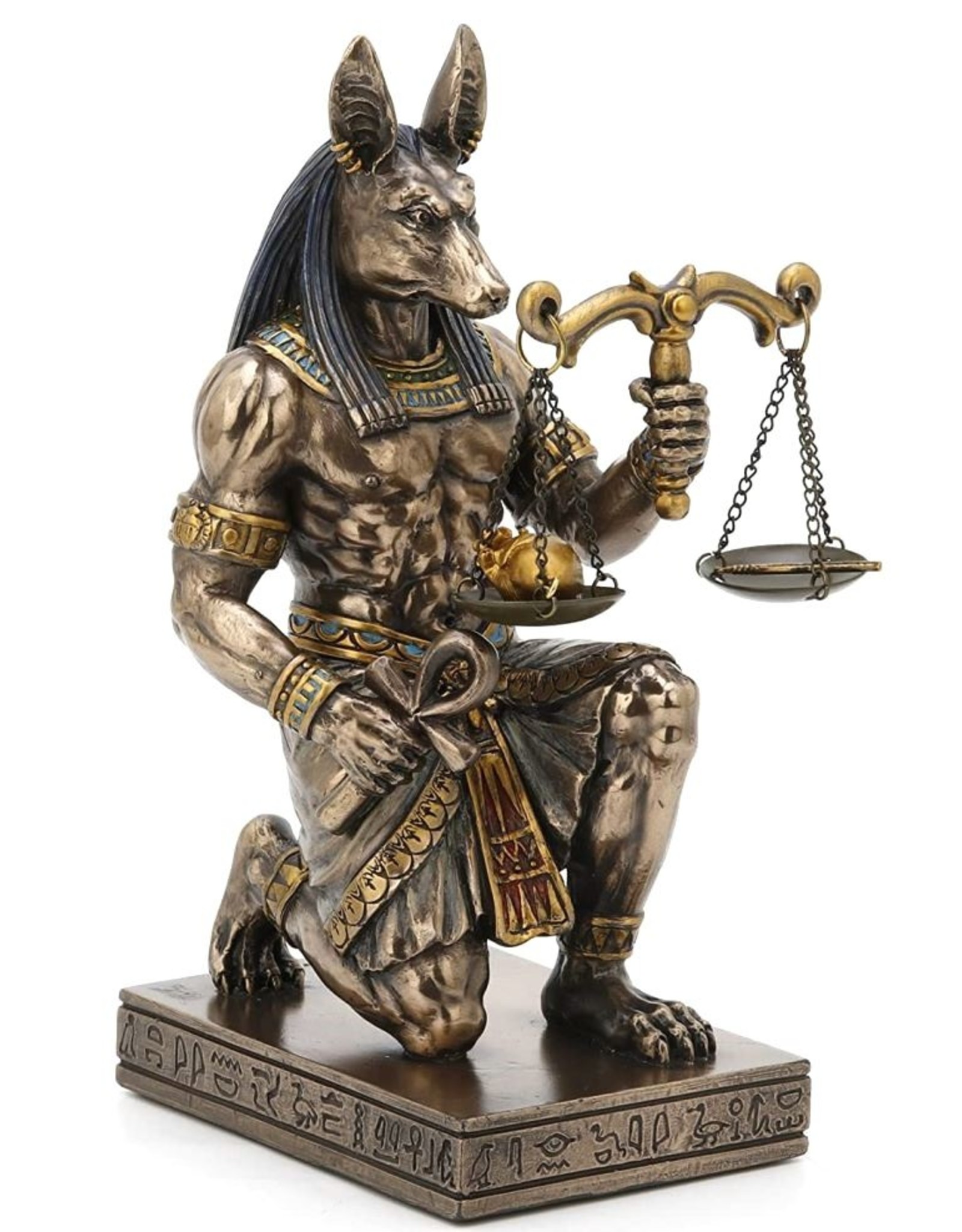 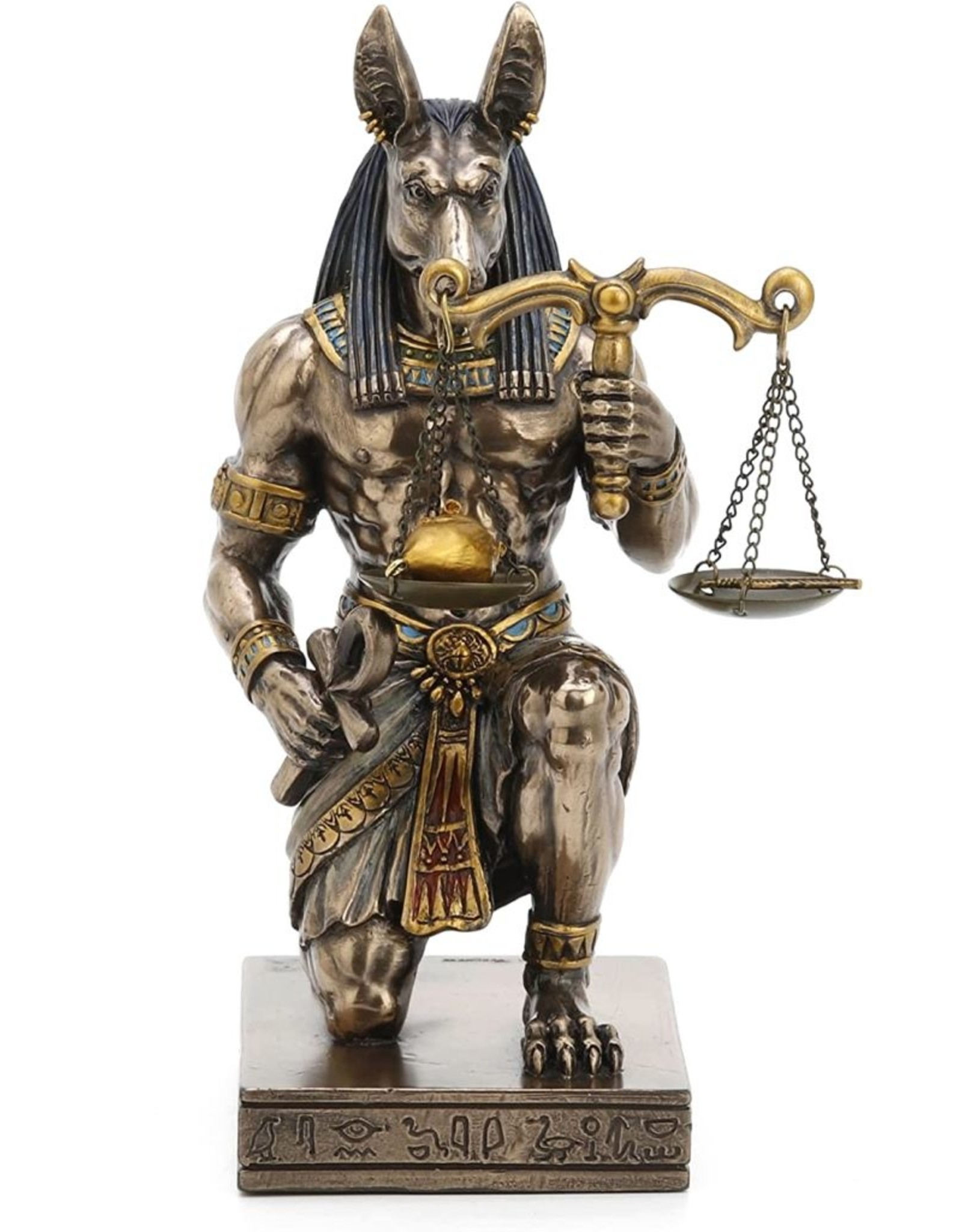 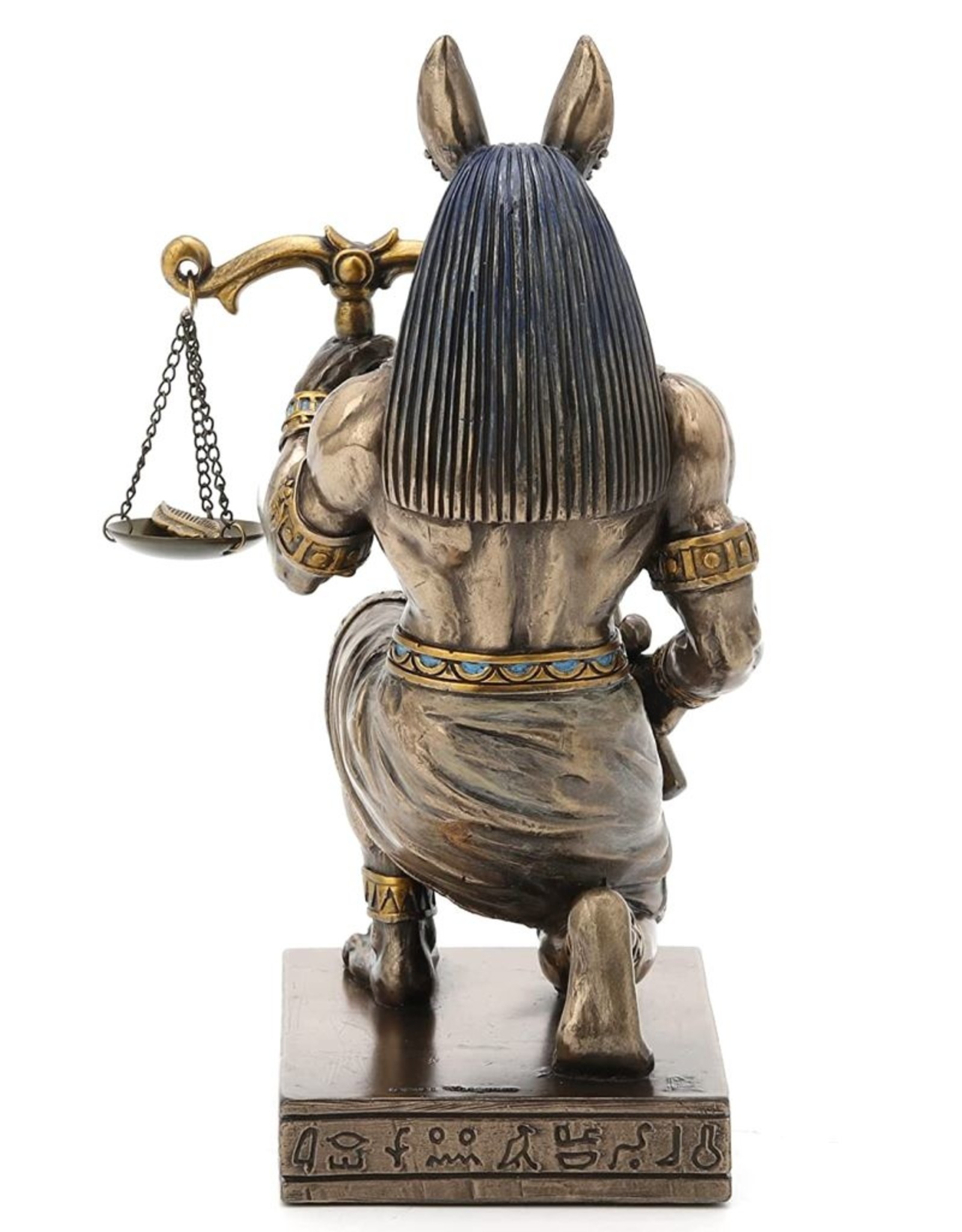 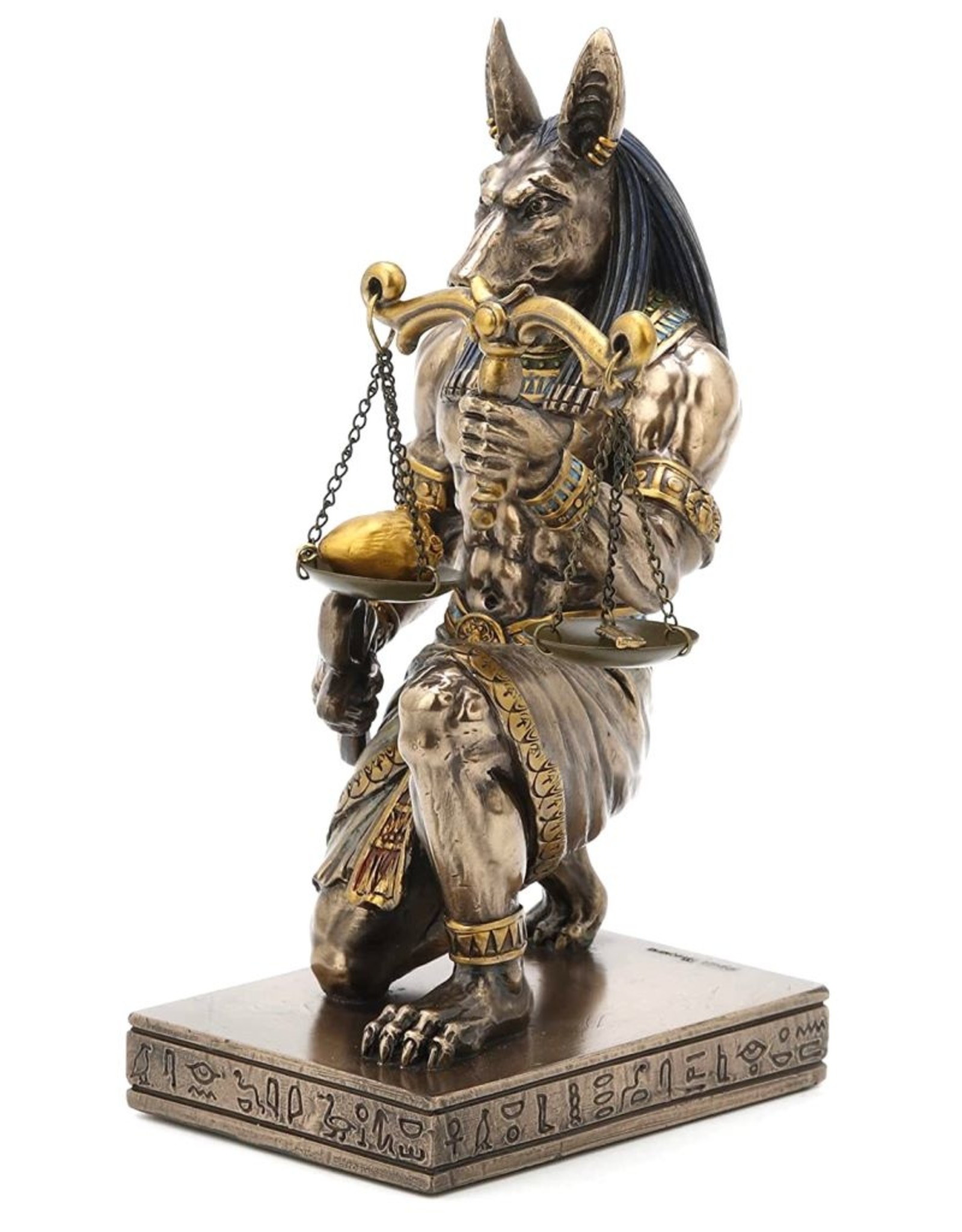 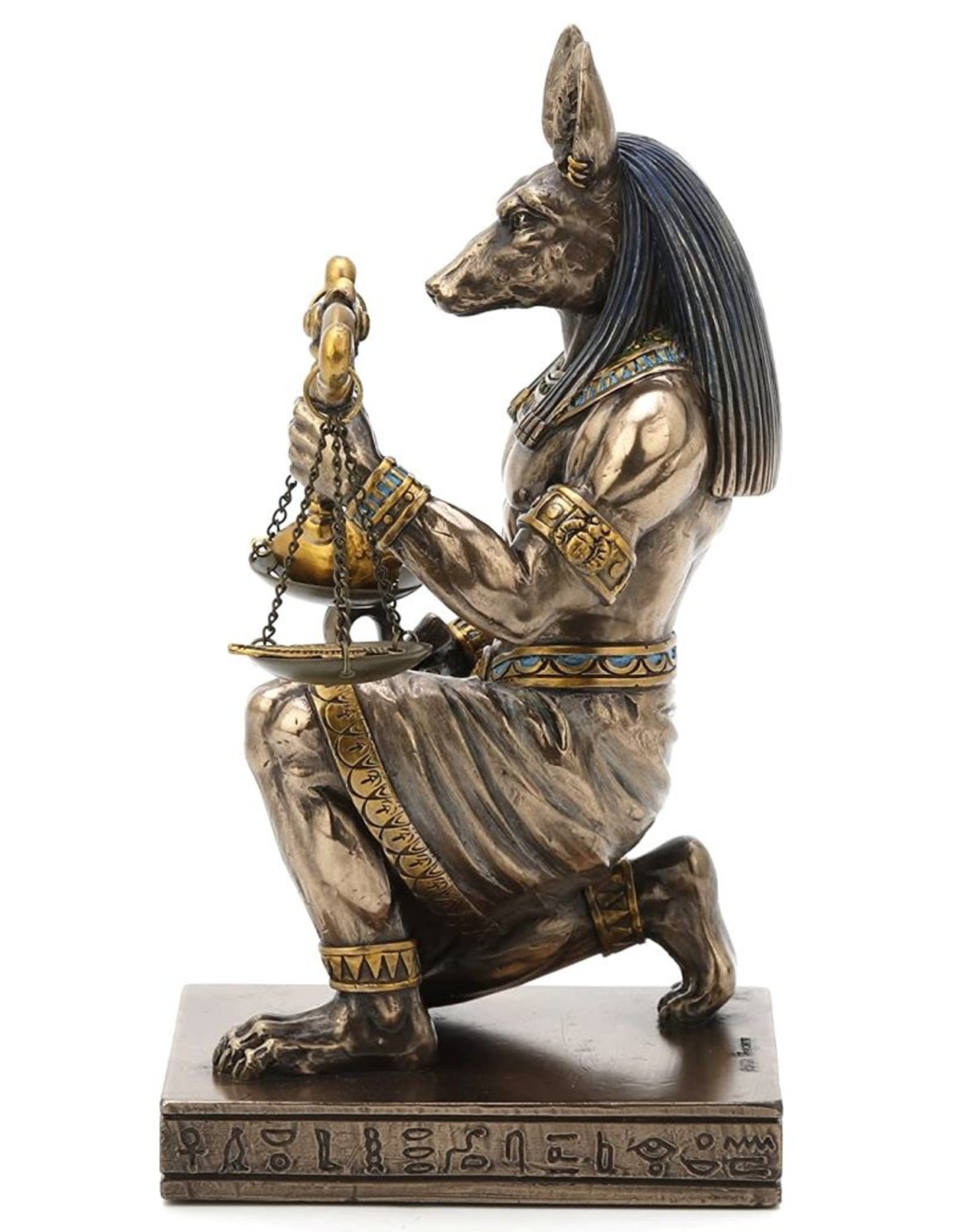 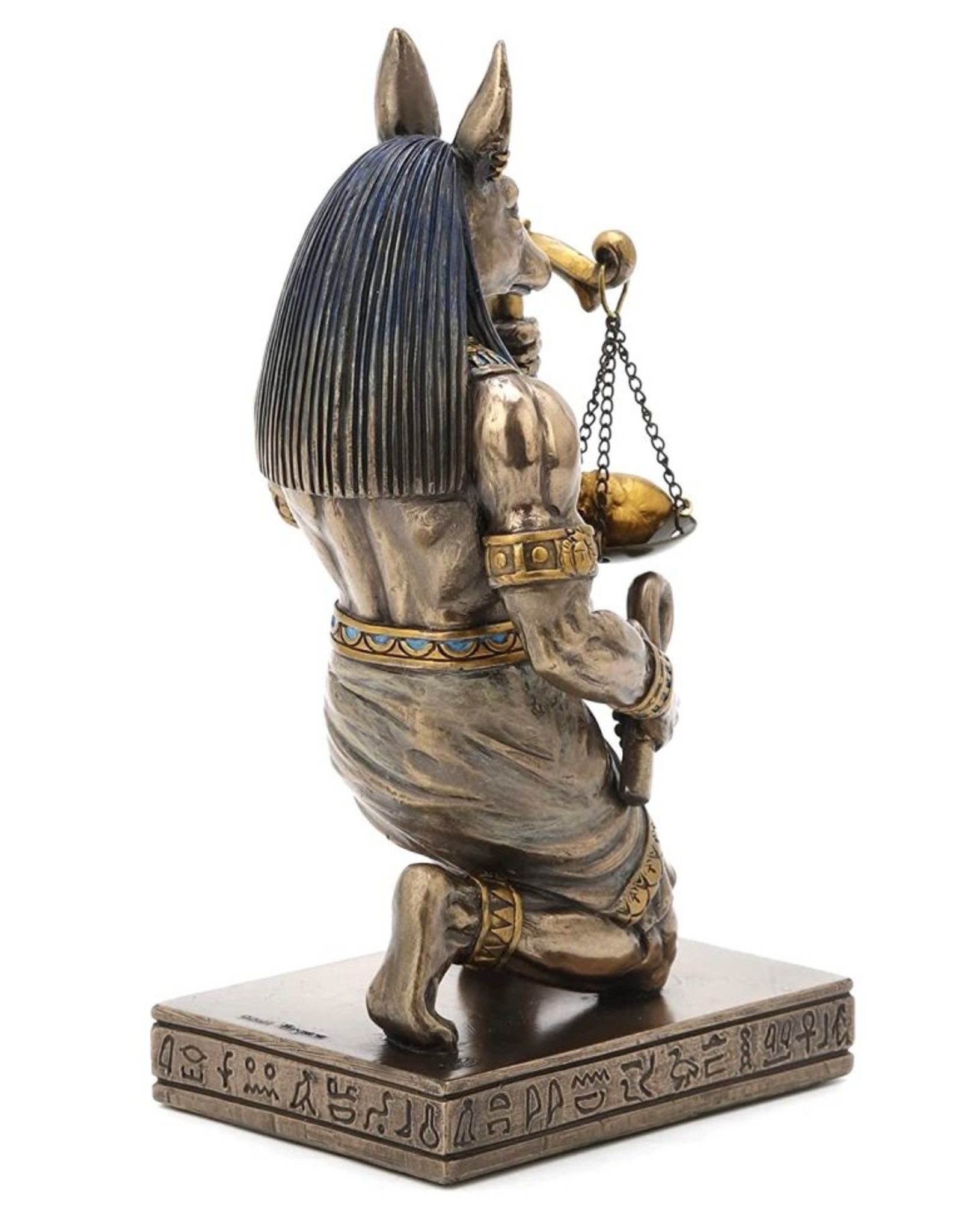 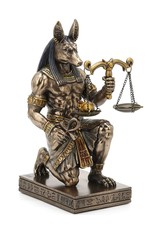 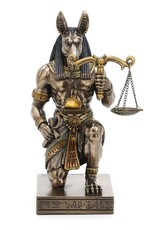 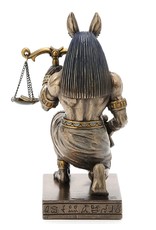 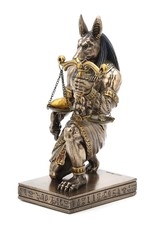 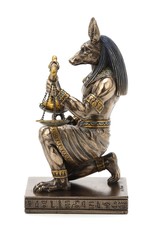 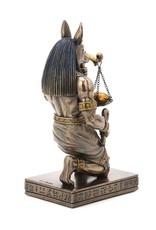 Anubis is one of the most mysterious and also one of the oldest gods that Egyptian mythology produced.
God of the dead, god of the underworld, god at mummification and son of the great Osiris. Anubis is usually depicted as half man, half jackal.

Anubis' career as god of the underworld. In this, he had an equal role as Osiris later. Anubis became the god who mainly did his work in mummifying the deceased and guarding the gateway to the world of Osiris.
Anubis was at the mummification. The priests present at this often wore the mask of a jackal in honour of Anubis. Anubis was at the all-important 'opening of the mouth' and weighing of the heart.

The heart of the deceased had to be weighed on the scales of Maät. If the heart was as light as a feather then Anubis brought the dead person to Osiris, if the heart was too heavy then Ammit, was allowed to devour it. Ammit was a kind of hellhound, or lion, but there are many different depictions. Maät's feather was symbolic of truth, Ammit of agony and evil. 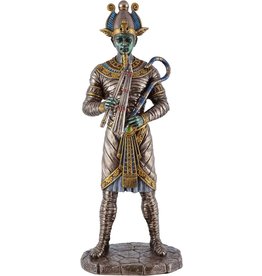 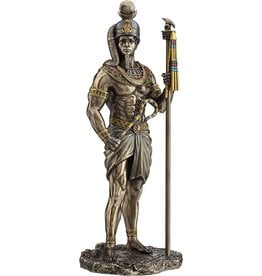 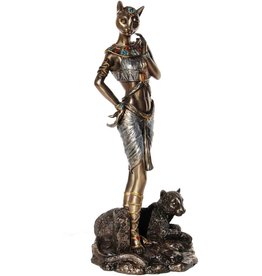 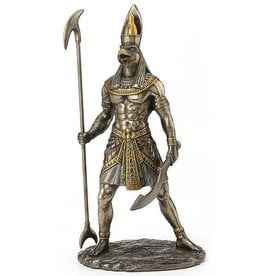 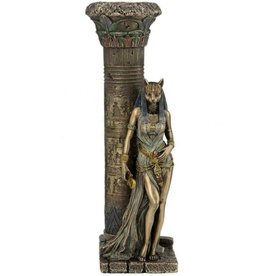 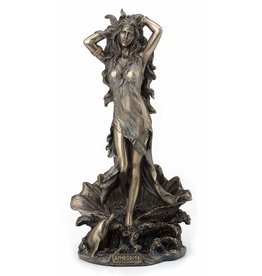 Aphrodite (Ancient Greek: Ἀφροδίτη, Aphrodítē) is the goddess of love, beauty, sexuality and fertility, among others, in Greek mythology. Some also consider her to be the goddess of balance. She originated from the Phoenician goddess Astarte, but was so t
Add to cart
Aphrodite Rising from the Sea Bronzed Statue 29cm
€99,95 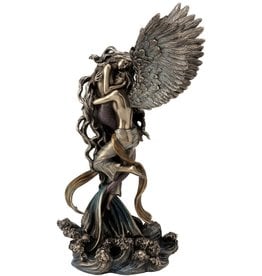 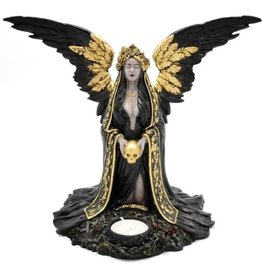 Formulated in the minds of the Nemesis Now ethereal designers, this beautifully detailed, black and gold angel is darker than we imagined. Named Teresina which means ‘The Reaper’, this temptress kneels on the ground, a burning candle dancing in front of h
Add to cart
Teresina Dark Reaper Angel candle holder
€84,95
Please accept cookies to help us improve this website Is this OK? Yes No More on cookies »