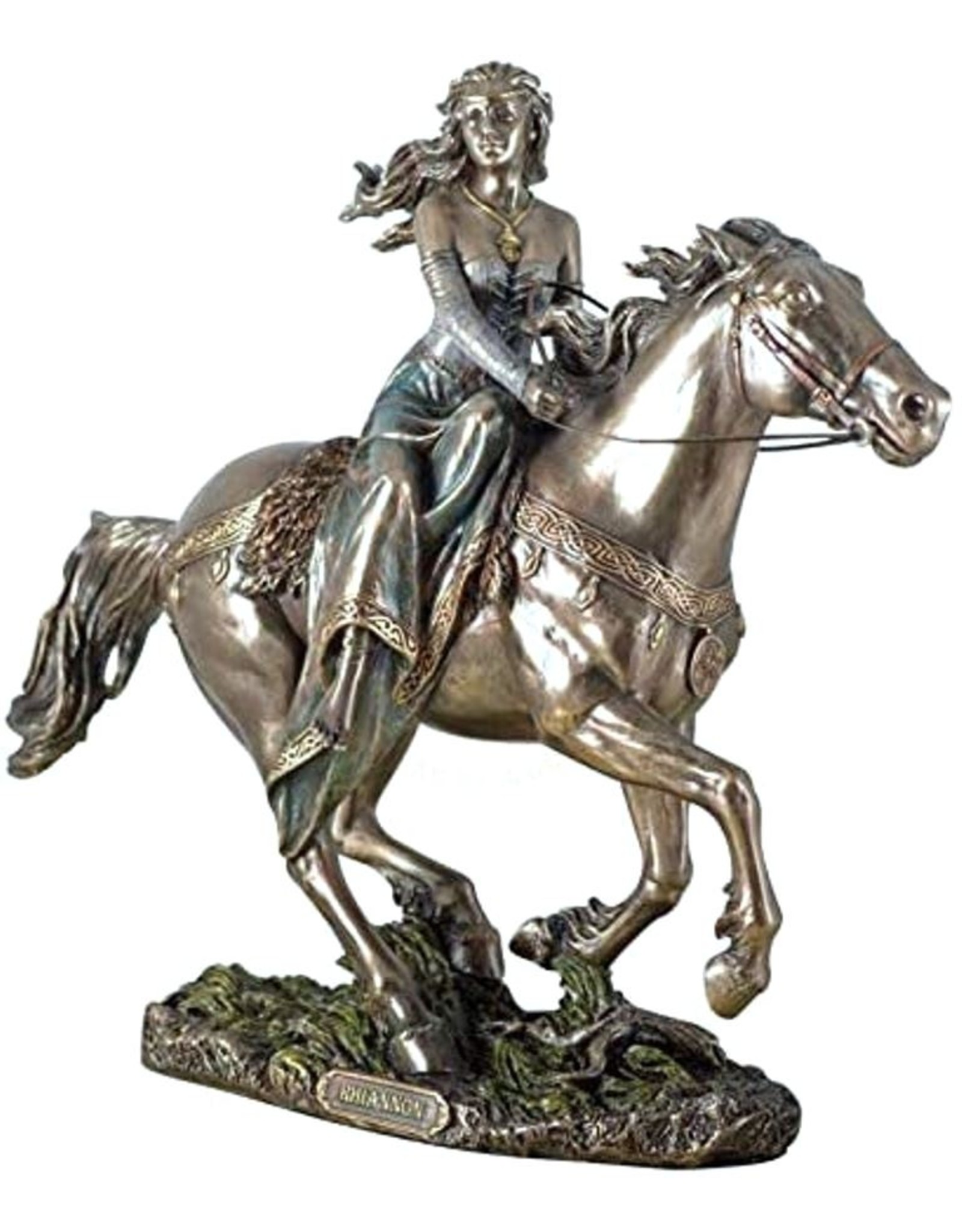 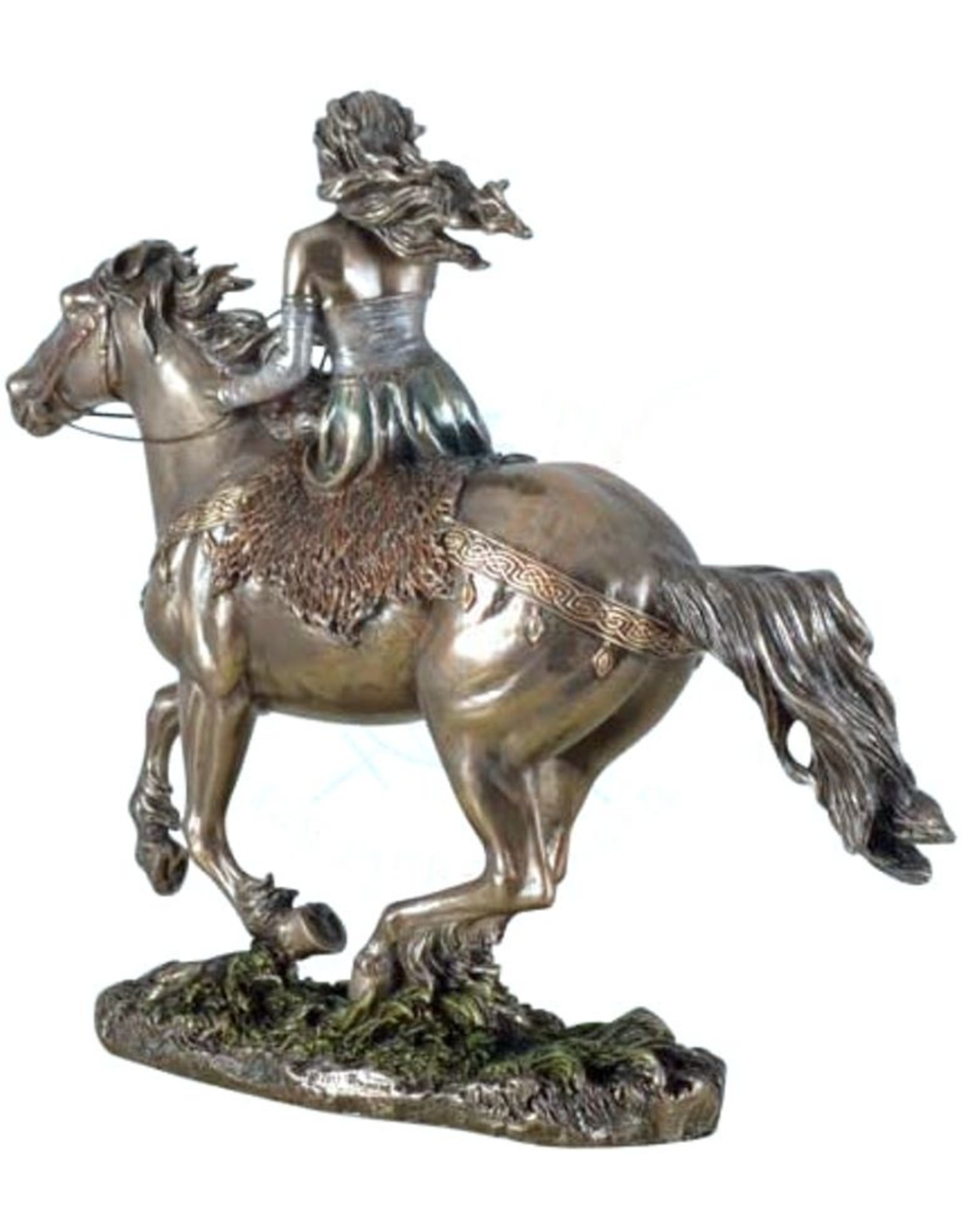 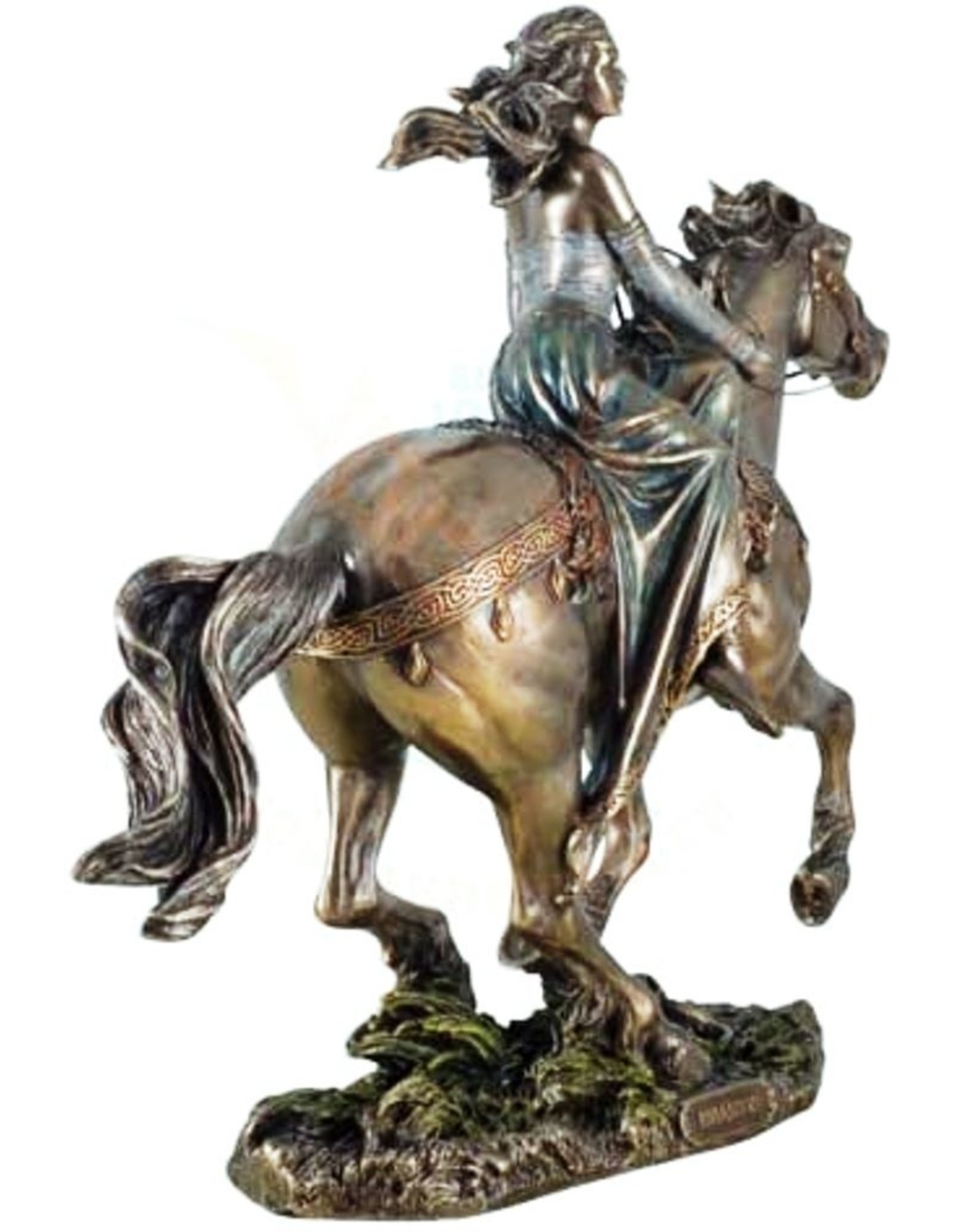 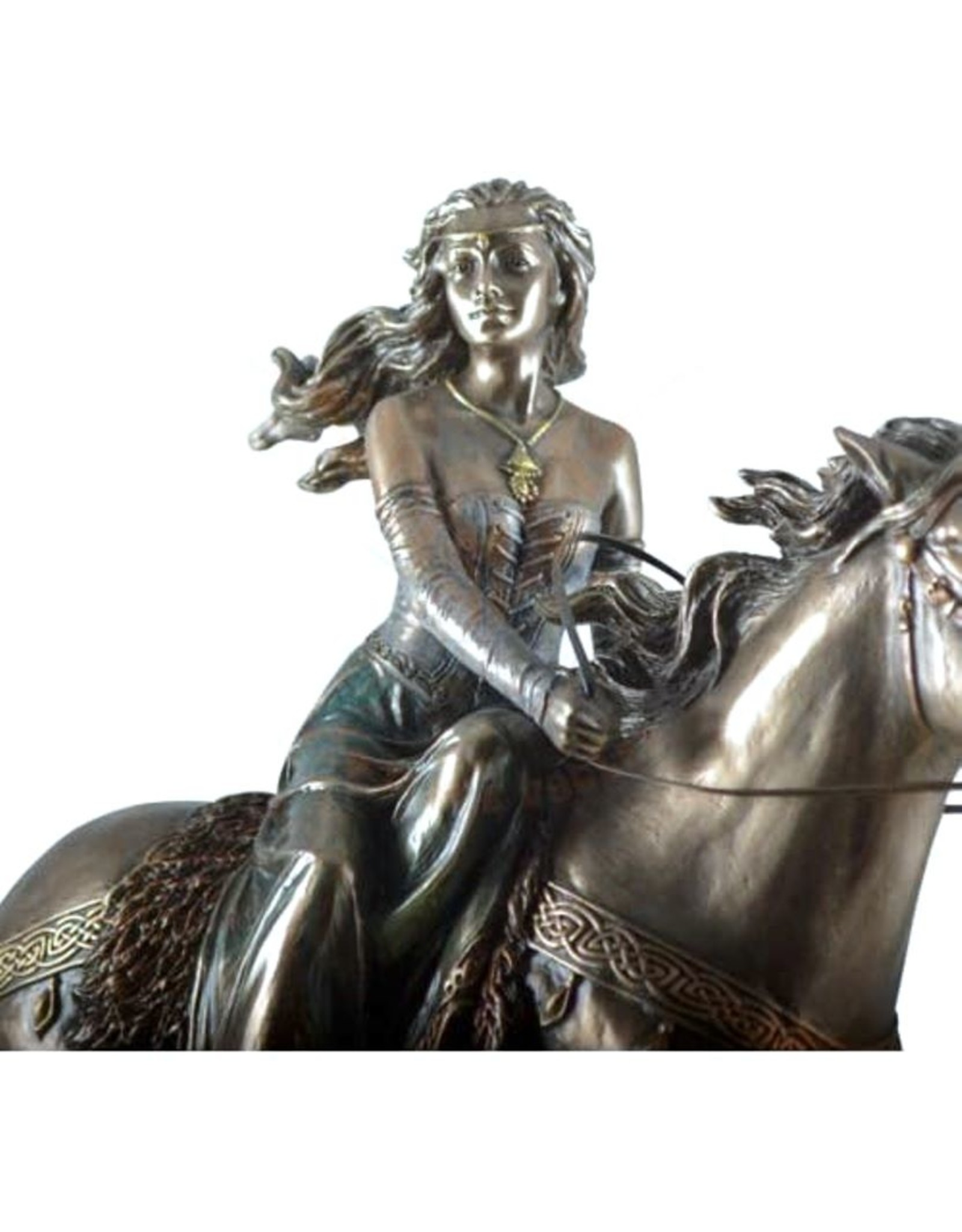 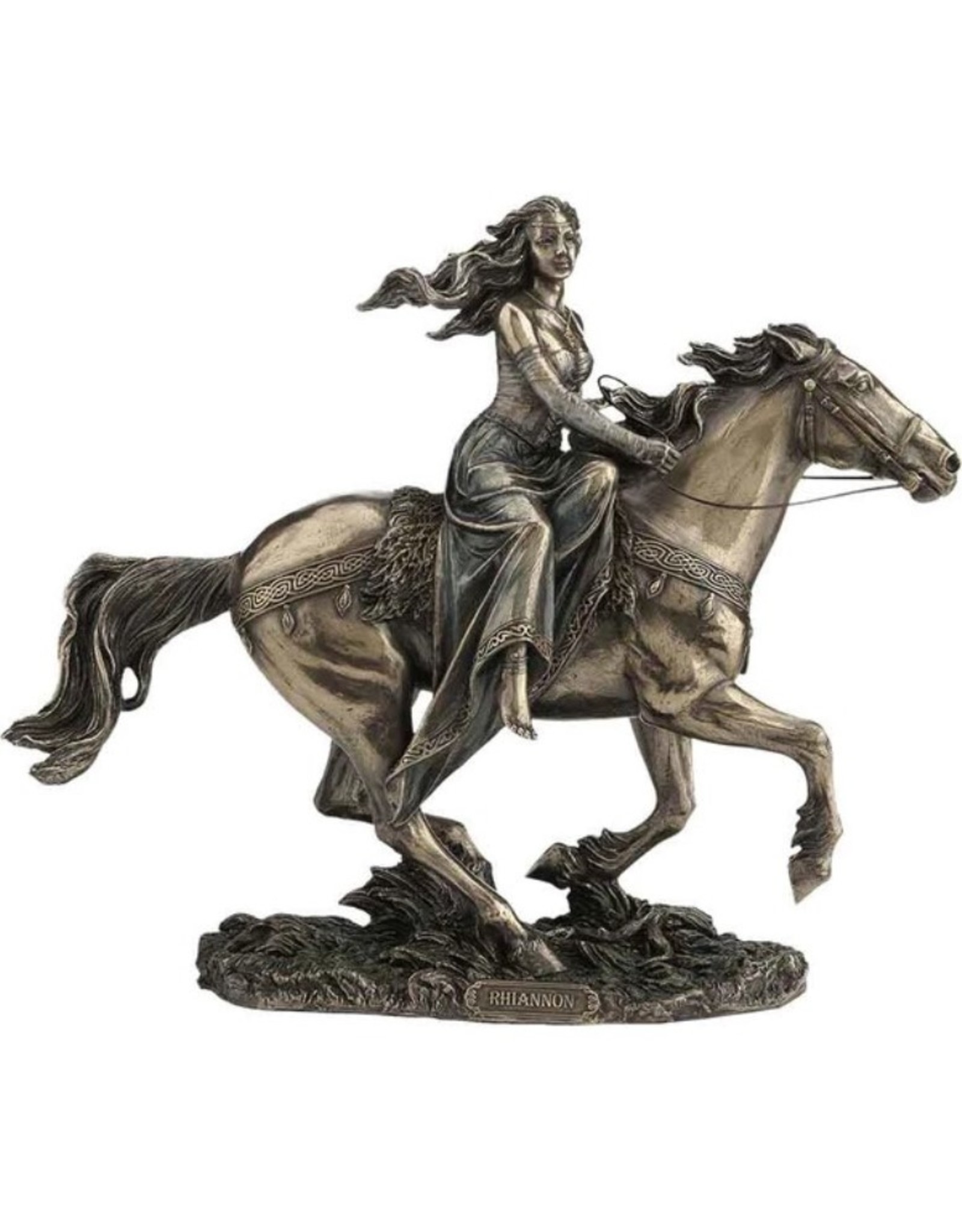 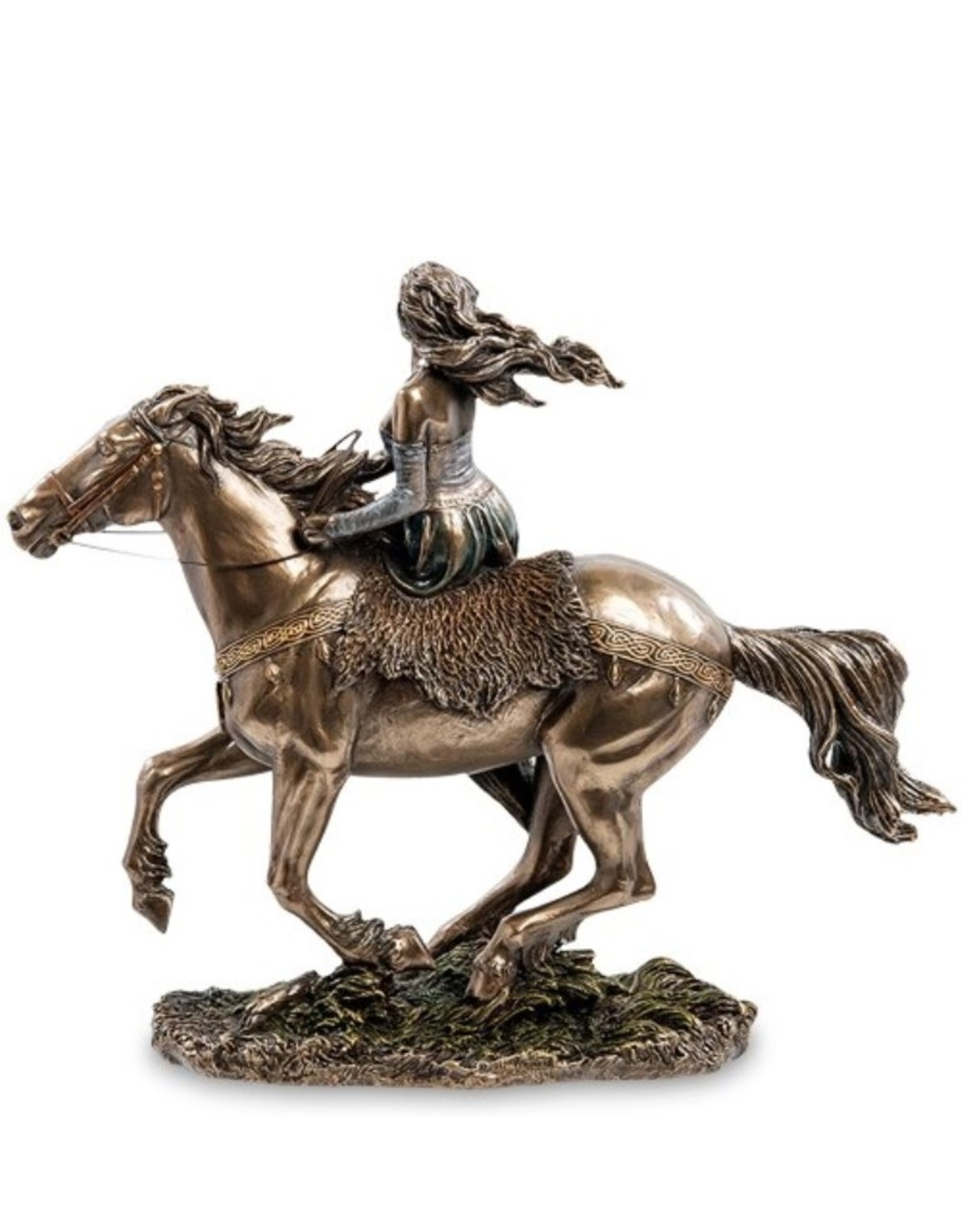 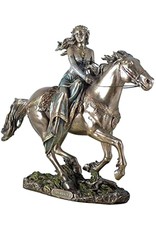 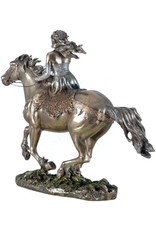 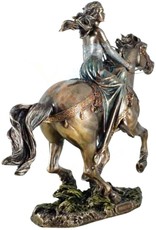 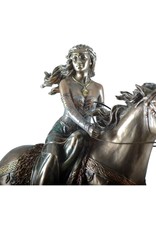 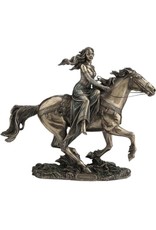 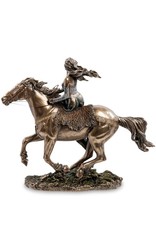 Rhiannon is a major figure in the Mabinogi, the medieval Welsh story collection. She appears mainly in the First Branch of the Mabinogi, and again in the Third Branch. She is a strong-minded Otherworld woman, who chooses Pwyll, prince of Dyfed (west Wales), as her consort, in preference to another man to whom she has already been betrothed. She is intelligent, politically strategic, beautiful, and famed for her wealth and generosity. With Pwyll she has a son, the hero Pryderi, who later inherits the lordship of Dyfed. She endures tragedy when her newborn child is abducted, and she is accused of infanticide. As a widow she marries Manawydan of the British royal family, and has further adventures involving enchantments.

Like some other figures of British/Welsh literary tradition, Rhiannon may be a reflection of an earlier Celtic deity. Her name appears to derive from the reconstructed Brittonic form *Rīgantonā, a derivative of *rīgan- "queen". In the First Branch of the Mabinogi, Rhiannon is strongly associated with horses, and so is her son Pryderi. She is often considered to be related to the Gaulish horse goddess Epona She and her son are often depicted as mare and foal. Like Epona, she sometimes sits on her horse in a calm, stoic way. 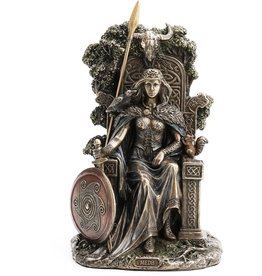 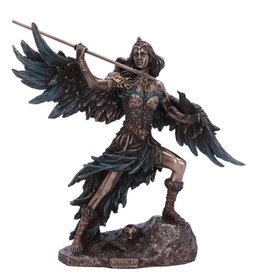 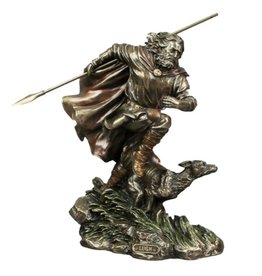 Lug, Lugh, Lugus or Lugos (Modern Irish: Lú (pronunciation /lu:/)) is the Celtic sun god. He is strong, young and a master of all arts. He is the god of crafts and trade. He was especially important for blacksmiths. He stood for the logical combination of
Add to cart
Celtic God Lugh bronzed figurine
€94,95 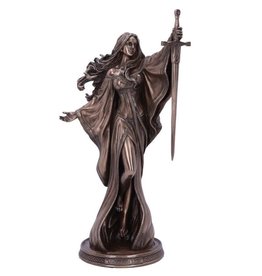 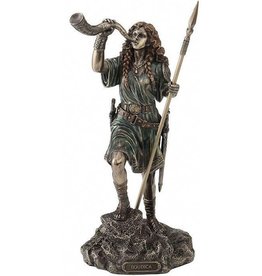 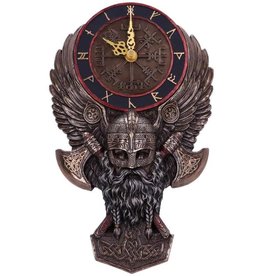 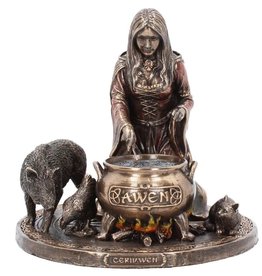 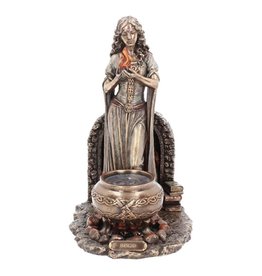 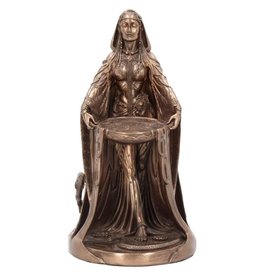 Celtic Danu Goddess Bronzed Figurine 22.5cm
Cast in the finest resin before being given a bronzed finish, this Irish figure is available through Nemesis Now's Giftware Collection. Danu is the most ancient of the Celtic gods. She is referred to as the mot
Add to cart
Celtic Danu Goddess Bronzed Figurine 22.5cm
€67,95
Please accept cookies to help us improve this website Is this OK? Yes No More on cookies »