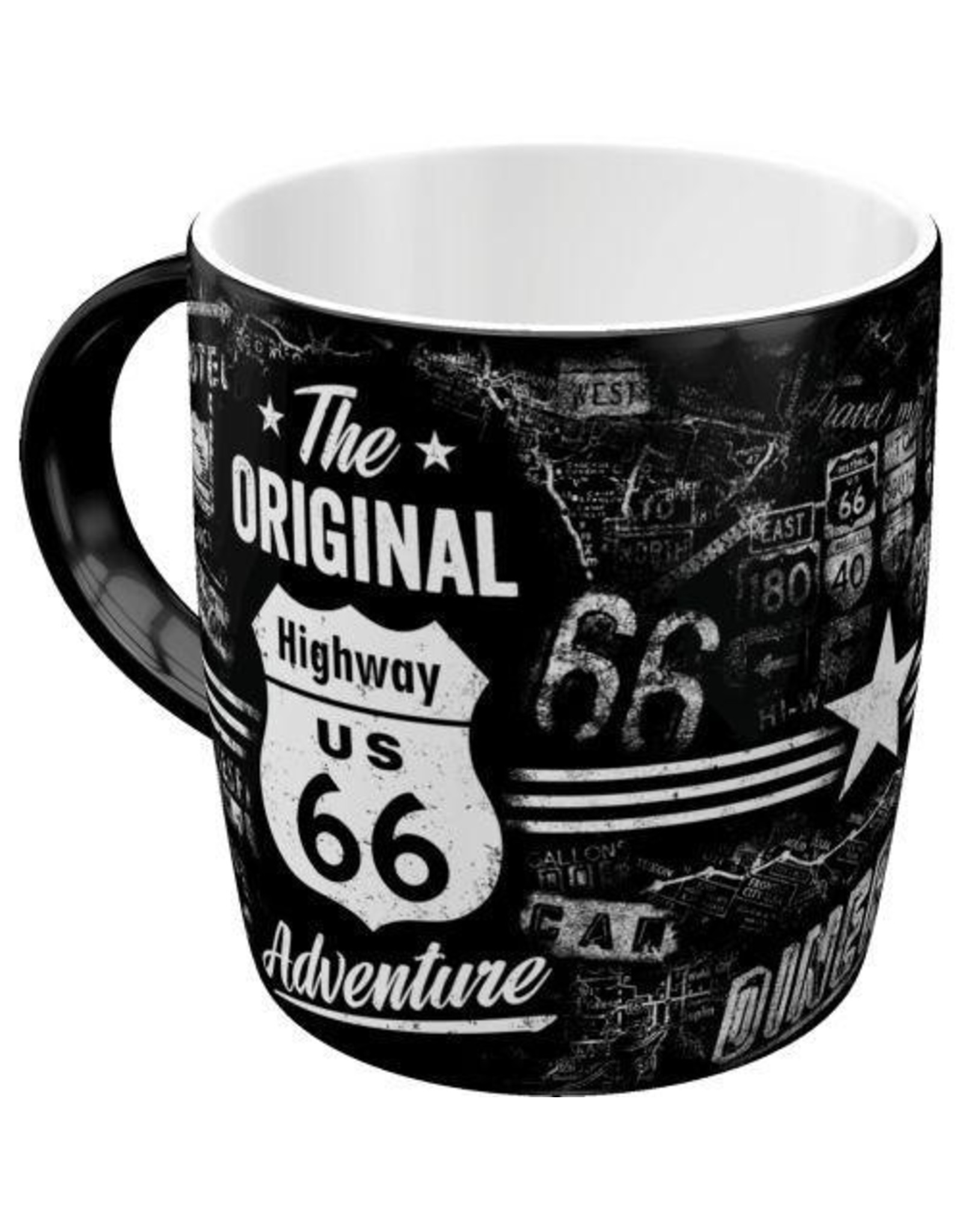 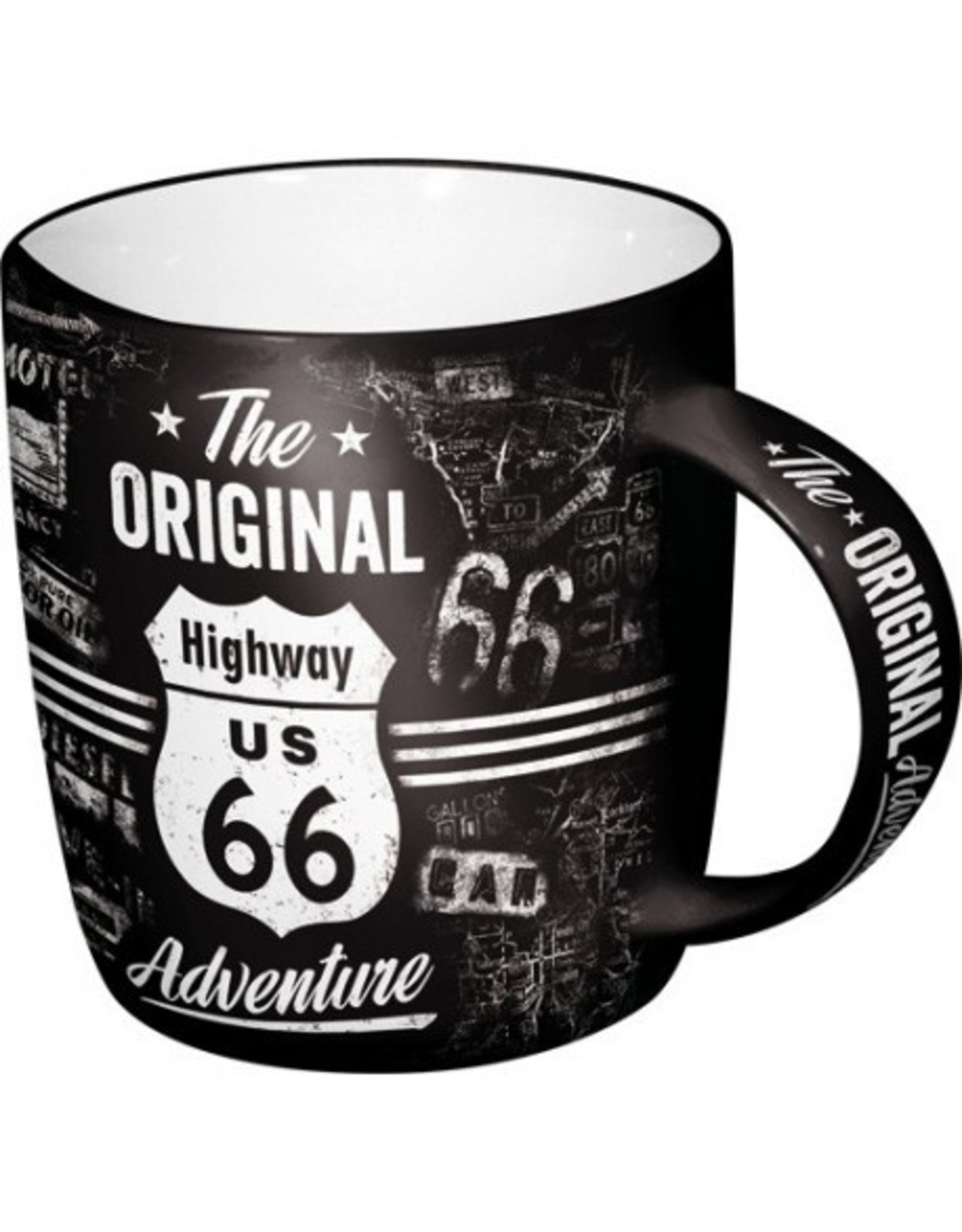 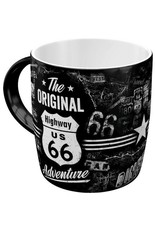 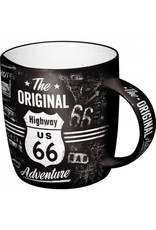 U.S. Route 66 or U.S. Highway 66 (US 66 or Route 66), also known as the Will Rogers Highway, the Main Street of America or the Mother Road, was one of the original highways in the U.S. Highway System. US 66 was established on November 11, 1926, with road signs erected the following year. The highway, which became one of the most famous roads in the United States, originally ran from Chicago, Illinois, through Missouri, Kansas, Oklahoma, Texas, New Mexico, and Arizona before ending in Santa Monica in Los Angeles County, California, covering a total of 2,448 miles (3,940 km). It was recognized in popular culture by both the hit song "(Get Your Kicks on) Route 66" and the Route 66 television series, which aired on CBS from 1960 to 1964. In John Steinbeck's classic American novel, The Grapes of Wrath (1939), the road "Highway 66" symbolized escape and loss.

This 3D Fantasy wolf Tankard is cast in the finest resin before being lovingly hand-painted. The body of this Tankard is silver and covered in repeating Celtic knot patterns, as is the handle. Forming leaf shapes, they’re reminiscent in places of Gothic c
Add to cart
Lone Wolf tankard 3D - Nemesis Now
€24,95

This knight tankard is skillfully painted by hand and looks like it is made of solid steel. Nicely detailed, with elegant gold accents. The handle with medieval pattern makes the tankard complete. This tankard is the ideal gift for every budding knight!
Add to cart
Medival Tankard Knight's Reward - Nemesis Now
€24,95 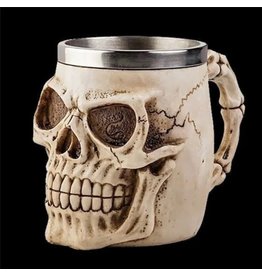 This decorative Gothic Skull mug is made of high-quality resin with a stainless steel interior.
A fantastic object for any alternative kitchen and certainly a cool gift!
Add to cart
Gothic tankard Skull (natural color)
€21,95 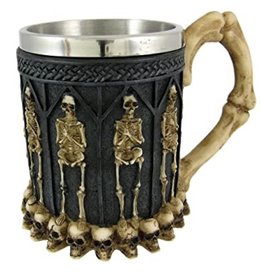 This decorative Gothic mug with skeletons is made of high-quality resin and handcrafted. The stainless steel interior keeps the contents at temperature: warm or cold.
A fantastic object for any alternative kitchen and certainly a cool gift!
Add to cart
Gothic tankard with Skeletons
€21,95 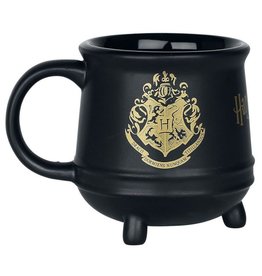 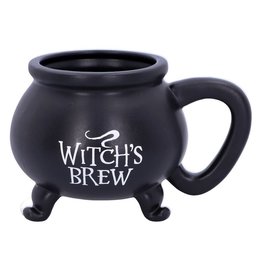 A real witch's mug for a real witch! Beautiful black mug in the shape of a cauldron, with a handle and on three pots. It can be used for everything: for witch potion, tea, soup or hot chocolate with whipped cream. Crafted by hand, brand Nemesis Now.
Witch's Brew Mug - Nemesis Now
€16,50 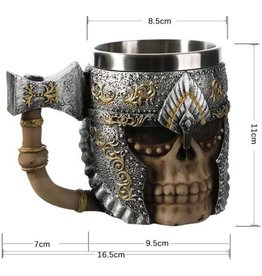