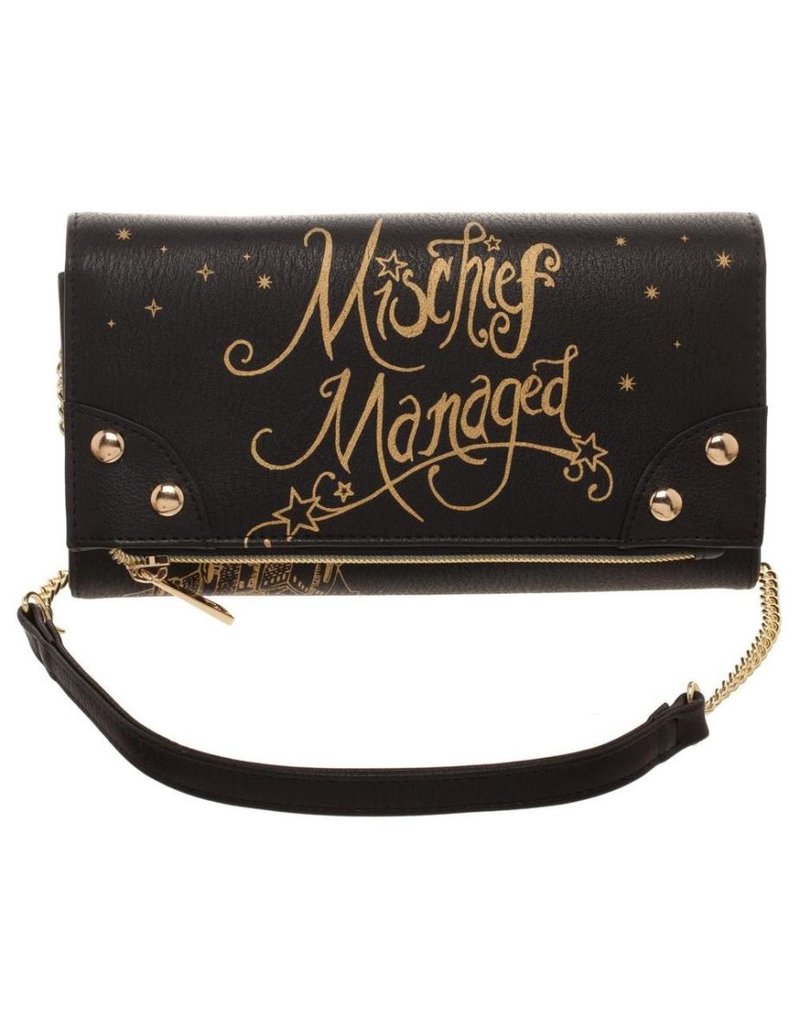 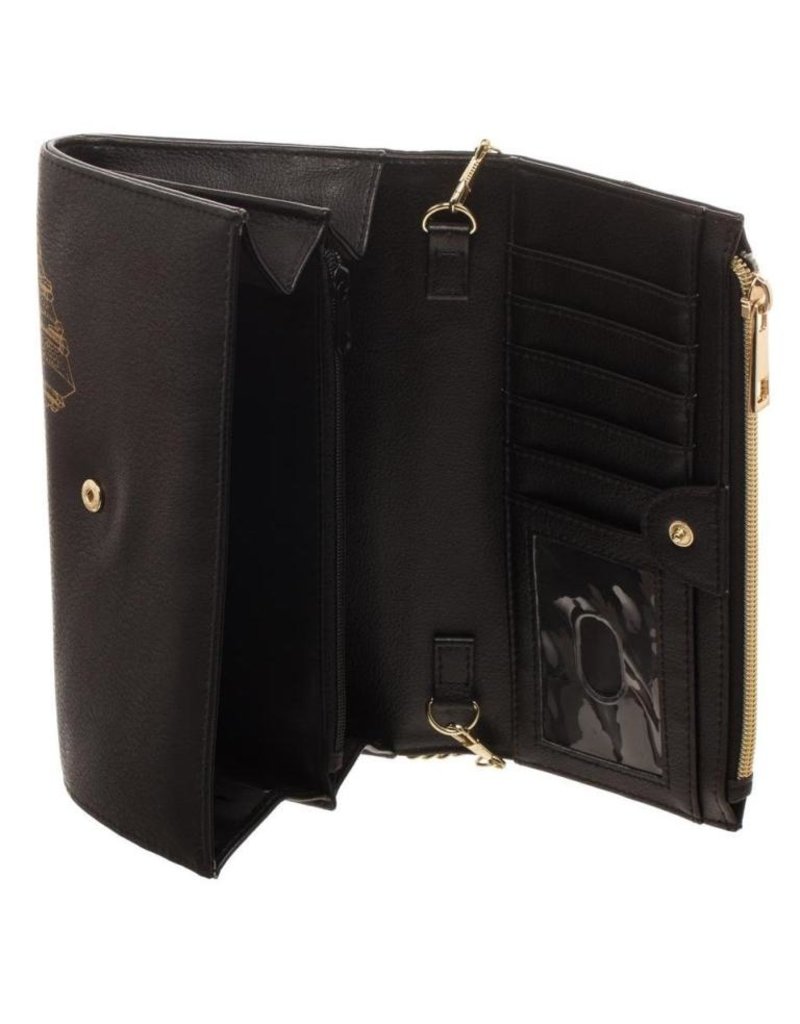 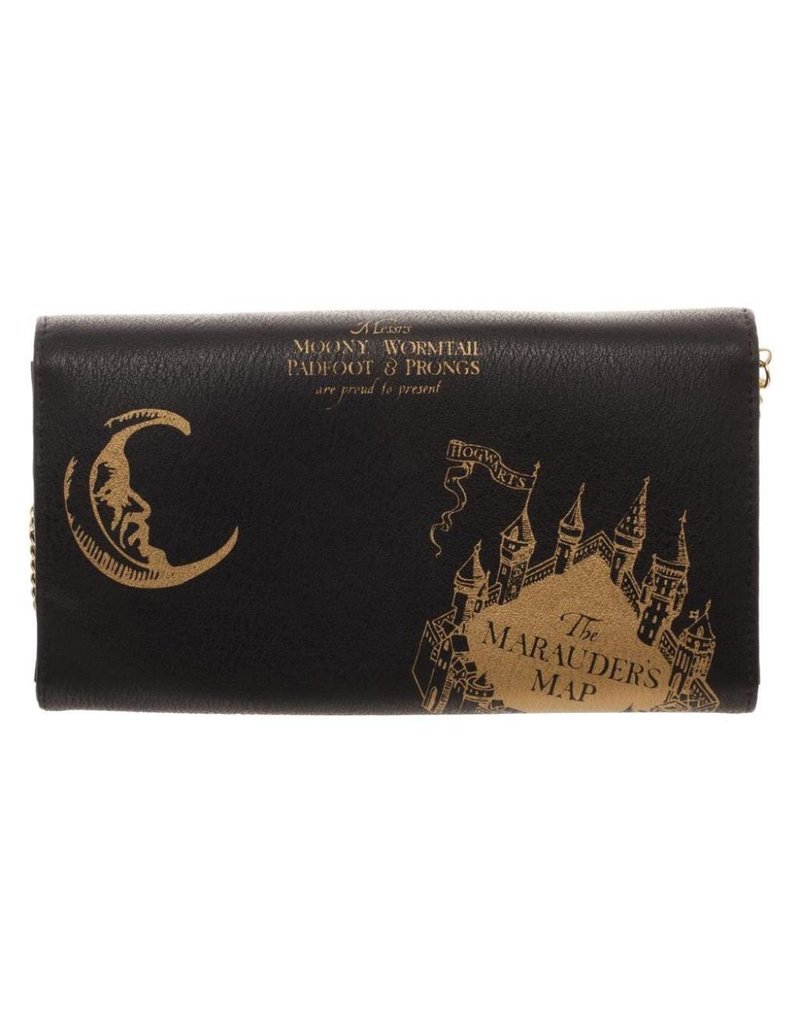 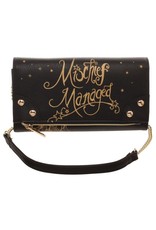 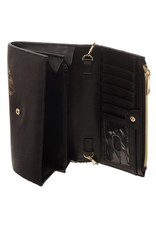 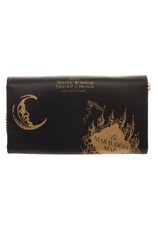 The Marauder's Map is a magical parchment showing Hogwarts castle and grounds in its entirety, including seven secret passages into the castle. These passages are unknown to most, though Filch apparently knows four. The map also shows every person's location within the castle's premises, identified by their names in minuscule writing.

When the map is inactive, it appears to be large blank parchment. It is activated by placing a wand tip on it and saying, "I solemnly swear that I am up to no good." To restore its blanked appearance, a wand taps it again as the holder says, "Mischief managed," causing the map to go blank.

Killstar bag in the shape of a book with a half moon pendant on the front. Fascinating design and practical format. This beautiful and special bag fits everywhere.
Killstar handbag Myth
€49,95