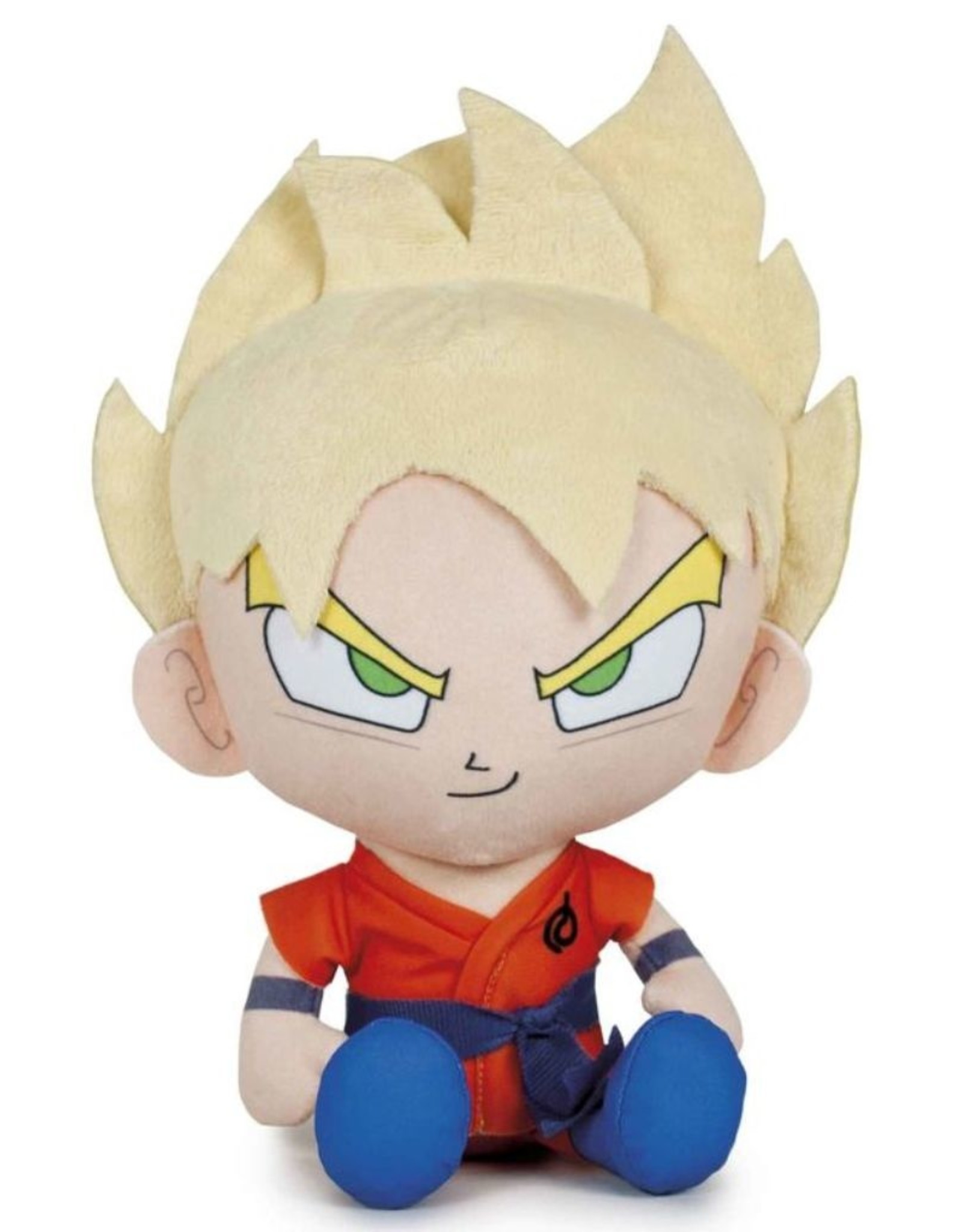 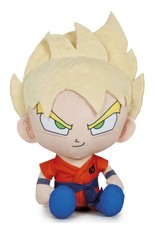 When he was still a baby, Goku was found by an old man named Grandpa Gohan. He was a troublesome little boy who was always aggressive. One day he fell into a ravine on his head and since then he has become a good-hearted boy who is always there to help everyone. Goku was born with a tail, and when he looks at the full moon, he turns into a huge monkey called Oozaru. In this form, Goku has no knowledge/control over what he does, and thus accidentally kills Grandpa Gohan. Since then Goku lives in the jungle in a small house, always wondering where Grandpa Gohan is. The only thing he has left of his grandfather is a magical staff, a so-called Dragonball (with four stars) and the knowledge that his grandfather never lets him look at the full moon. When Goku catches himself a fish (at least ten times his size) for lunch without any effort, he meets the girl Bulma Brief, who is looking for all seven Dragonballs (including Grandpa Gohan's). When Bulma brings all seven Dragon Balls together, the magical dragon Shenron will rise from the balls and give the caller one wish. Bulma wants to wish her a boyfriend, and since Goku doesn't want to renounce his grandfather, he decides to accompany her on her quest. Along the way they meet new friends, such as the pig Oolong, Urigame and master Roshi and Yamcha the desert bandit and his transforming cat Puerh. When the group is trapped in the castle of the evil emperor Pilaf, Goku accidentally looks into the full moon and turns into Oozaru, just as the emperor is about to ask Shenron for world domination. Goku begins by destroying the castle of Pilaf, releasing the rest of the group. 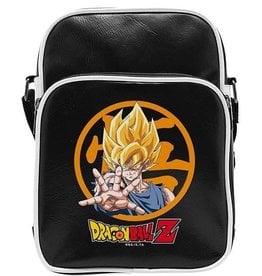 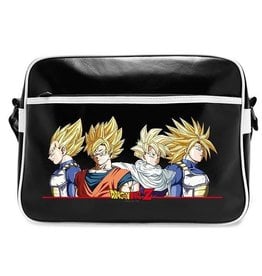 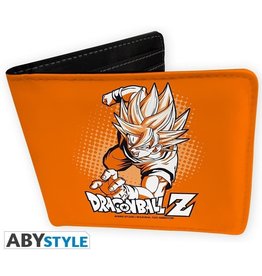 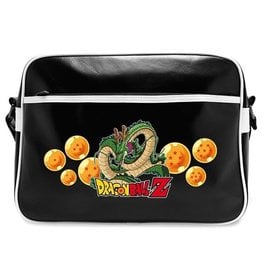 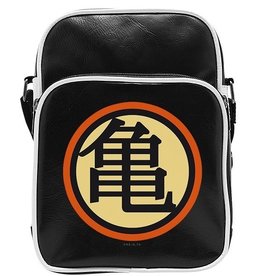 This Dragon Ball messenger bag by ABYstyle with the emblem of Master Roshi will be perfect for your next trip to the Kame House. An ideal bag for work or for school. Lots of space. Cool and practical
Add to cart
Dragon Ball Z Kame Master Roshi messenger bag
€29,95
€27,95
Sale 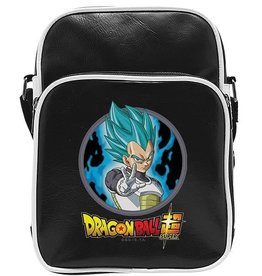 Vegeta is ready to launch his special attack to protect your belongings on this official licensed Dragon Ball Super bag. An ideal bag for work or for school. Lots of space. Cool and practical
Add to cart
Dragon Ball Z Vegeta shoulder bag
€29,95
€27,95 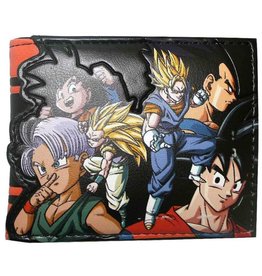 Dragon Ball Z ( abbreviated DBZ) is a Japanese anime series based on the manga Dragon Ball by Akira Toriyama and produced by Toei Animation. The series is considered to be a classic example of mango shonen.
Characteristic of the series is the shift from
Add to cart
Dragon Ball Z All Characters wallet
€26,50
Please accept cookies to help us improve this website Is this OK? Yes No More on cookies »