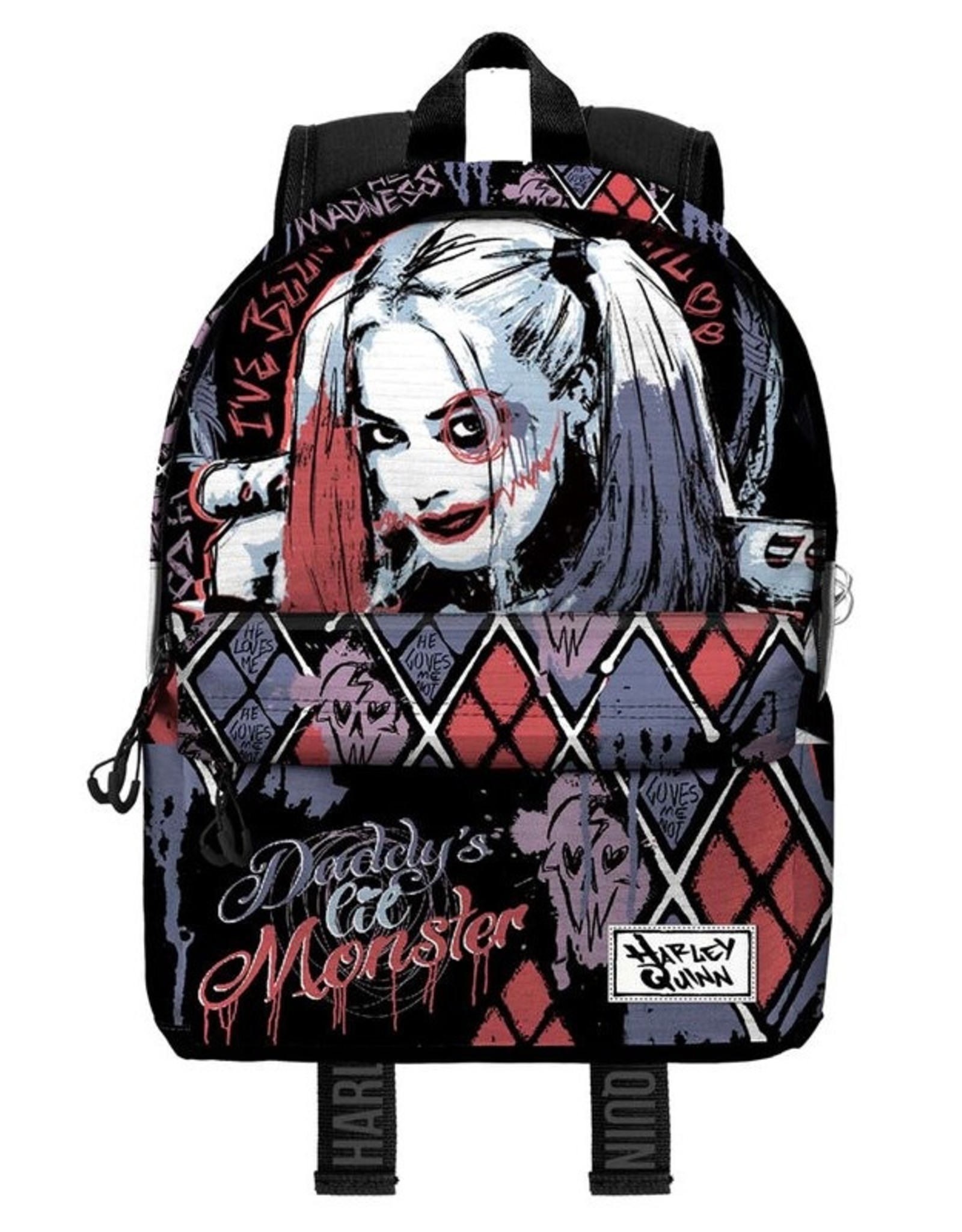 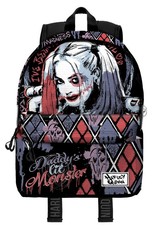 Harley Quinn is a frequent accomplice and lover of the Joker, who was her patient when she worked as an intern psychiatrist at Gotham City's Arkham Asylum. Her alias is a play on the name "Harlequin", a character that originated in commedia dell'arte. She has also teamed up with fellow villains Poison Ivy and Catwoman, the trio being known as the Gotham City Sirens; Ivy is a close friend and romantic interest of Harley. Since The New 52 comics, she has been depicted as an antihero and a recurring core member of the Suicide Squad who has left her abusive relationship with the Joker behind; however, in most other media the character is still depicted as a supervillain and the Joker's girlfriend. 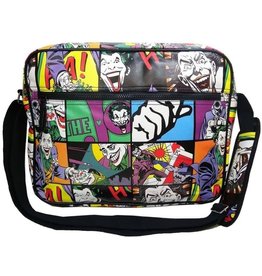 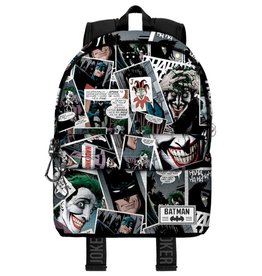 Who is The Joker anyway? He is and remains a mysterious and fascinating antihero, with the personality of a psychopath and a terrifying goal - to destroy everything his opponents love. You either love him or you hate him, there is no middle ground...
Add to cart
DC Comics Joker backpack 44cm
€54,95 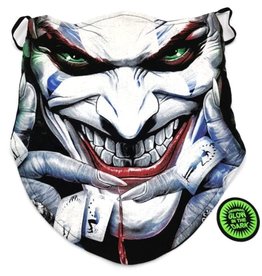 Unique design biker scarf! Can be used not only as a scarf, but also to cover your nose and mouth because of the handy elastic ear loops. Practical, beautiful and definitely tough and special. 100% quality cotton, unique designs, two layers, comfortable t
Add to cart
Biker-scarf Joker
€17,50
Please accept cookies to help us improve this website Is this OK? Yes No More on cookies »